Freemasonry is a movement based on humanistic and philosophical values. It is an alliance of free men and women, consisting of a wide variety of nationalities, beliefs or choices of thought. In its present form, Masonry is an 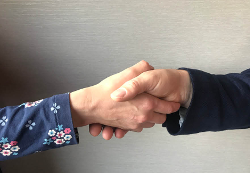 institution dating back to the early 18th century. She is heir to the spirit of the Enlightenment, that is to say of a moment of our civilization where, in spite of political divergences, and without disregarding a spiritual dimension, has been affirmed the faith in the perfectibility of the human being. in its ability to move the world to a better future than the past, freer and more equal. They also claimed that this ability is directly related to the possibility of using reason (Supreme faculty of man according to Voltaire).

Freemasonry is neither a religion, nor a sect, nor a political party. It is made up of members who choose to reflect and promote the highest moral values ​​in a progressive approach liberated from the thought patterns received or the ideological movements of the moment. Liberal Freemasonry, which is the current in which the AME is inscribed, is defined as being adogmatic, which means that it imposes no belief, to its members, because it promotes the absolute freedom of conscience, free-examination and critical thinking.